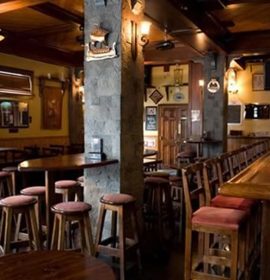 Centuries later, Ireland lay divided by the imposing forces of the English. Two leaders would rise and attempt to oust them. The first was Hugh O’Neill. As a young boy Hugh was taken by the English who, underestimating the loyalty of Irish blood, hoped to assimilate him into their culture and then reinstate him as an Irish leader loyal to the Crown.

YOU MUST LOGIN TO SUBMIT A REVIEW